Traffic was at a standstill. It had been thirty minutes since James Brighton and his car had moved forward an inch. In the Georgia heat and humidity, thirty minutes was forever, especially if you do not have air-conditioning. Sitting high above the Savannah River on the Talmadge Bridge, James wiped sweat from his face and fanned himself with an old catalog that never made it inside from the mailbox. His small, four-doored compact was full of his belongings. His trunk was stuffed with suitcases filled with his clothes; his TV and other electronics filled the backseat along with anything else he grabbed in his rush to leave the house.

I should have left sooner, he thought.

He should have. His brother called him before everything even happened. Tried to warn him to get the hell out of the city, but just like always, he ignored his older brother’s sound advice. He had laughed it off at the time. The dead walking and eating the flesh of the living? Strange government orders? Please, James had said, that was movie stuff.

But he was wrong.

The dead were walking, and they were in fact eating the flesh of the living. James had seen it himself. There was a septuagenarian woman living in the apartment next to him. She could not even hear her own TV and blared the volume throughout the night, but she always complained to the super anytime James had a few friends over. She was the first one that James saw turn.

She was in the hall when he came home from work, standing with her face to the wall, swaying back and forth.

How sad, James had thought at the time. Alzheimer’s must be kicking in. Maybe even Dementia.

But it was not Alzheimer’s. Or Dementia. It was something else. Something that made the old woman attack James with an unnatural strength and try to tear the skin from his bones.

He grimaced. He could not forget the sickening crack of skull and the slosh of brain matter from when he was forced to bash her head against his doorknob. He closed his eyes and placed his head in his hands, his forehead slick with perspiration. He should have listened to his big brother.

Things had always been rough between him and his brother. Not that his brother did anything wrong, no, that was it entirely; his brother was perfect.

Okay, maybe not perfect, but definitely their father’s idea of perfect. John had been the Boy Scout, the war hero, the family man. Basically, everything that James was not. While John was a respectable fighter pilot for the Marines, James worked at Home Depot. Nothing wrong with working at Home Depot, but when stacked against his brother’s list of accomplishments, James always fell short.

What made it unbearable was that John never gloated in it. He had been the perfect big brother. John never picked on James growing up, always looked out for his younger brother, and even lent him money when James needed it.

I’m the one with the problem, James thought.

James was on the uphill climb of the bridge, and from where he was sitting, he couldn’t see what the holdup was. This particular stretch of road between Georgia and South Carolina was notorious for horrible back-ups. With the sudden exodus from Savannah, it was much worse.

James sighed and cursed himself again for not leaving sooner.

Looking out to his right, over the Savannah Riverfront, he saw two small dots appear just above the horizon. They increased in size as they drew closer; their shapes began to grow more familiar to James. Soon enough, the sound that followed them arrived, a roar of engines and wind.

They were fighter jets.

Not just any fighter jets, but they looked to be the same ones his brother flew. The F-35’s flew low to the river, much lower than James thought they were allowed to fly.

What are they doing? Surveillance?

That did not seem right. You do not send fighter jets for surveillance, at least, not without extensive bombing afterwards.

James chuckled to himself.

The thought of the military bombing the city was ridiculous. Sure, when he had passed through the city, he saw plenty of the monsters attacking people, but there were still people fighting back and numerous others still alive. The city was not completely overrun yet. It would be complete overkill to level Savannah.

The pair of jets flew over the bridge. They were low enough to where you could see the markings on the side. It could have been his imagination, but James swore he saw his brother’s call sign on one of the jets. They passed over and then shot up into the sky.

What are the odds that is John? He’s probably been on high alert since everything started.

James heard screaming come from the Savannah bound lanes. He looked over to see, about fifty feet away, a monster attacking its family inside a car. It was held back by its seat belt, but was able to grab a hold of the person next to them. Blood pulsed onto the window, covering the carnage behind it.

The people in the cars nearby began to panic. Multiple drivers began to try and push themselves away from the blood-soaked vehicle. This only caused the cars to become more gridlocked. Finally, a large black man, the size of a football player, got out of his truck. In his hand was a rather large hammer. He went over to the monster’s vehicle, opened the door, and began swinging the hammer into the creature’s head. After several swings, the thing’s body went still. The man looked at the remaining family, nodded, and then returned to his vehicle.

The whole situation was surreal.

How could this all be happening?

Like James had told his brother over the phone, this was all movie stuff. Fictional. Make-believe. However, reality made a hard argument that the events starting yesterday were very, very real. As if to punctuate his thoughts on reality, he saw movement out of the corner of his eye.

The two jets had returned and were now racing at the bridge at an incredible speed. James watched as something detached from the jets, and they disappeared into the sky again.

In front of him, the bridge erupted into flame and debris. The suspension cables groaned and snapped as the bridge twisted from the explosion. James shielded his eyes from the heat blast. He could barely see through the thick black smoke and fire, but he heard screaming. It took him a moment to realize it was his own.

The car in front of him slammed into him in reverse, pushing him back into another car. He tried stomping down on the brakes, but the car kept pushing. When the cars behind them would move no more, the driver got out and began running away from the blast. Others did the same.

James got out of his car and ran. Others bumped into him as they all ran for safety. There was a loud crack as one of the suspension cables broke loose and landed on a row of cars, crushing them and their inhabitants. James picked up speed.

He ran several feet until a large weight crashed into him. It sent him flying into a minivan, and he hit the ground with a thud. The weight was quickly on top of him. There was a sharp pain in his stomach as he opened his eyes.

The weight was humanoid, but it wasn’t human. It couldn’t be. Its eyes were as black as tar, bloodshot. Its open mouth revealed rows of broken, jagged teeth. Rich, red blood hemorrhaged from the cracks of its eyes, nostrils, and the corners of its lips. It wasn’t wearing a shirt, but James could not distinguish its gender. Its chest looked to be torn off; the beginnings of rib cage poking through.

It was one of them.

One of the fast ones.

And its fingers were clawing into James’s intestines.

He coughed, blood spurting from his mouth. He felt his body go into shock. He did not feel the pain, only the wiggling of fingers inside him. James watched as the monster pulled out several feet of intestine and shoved them into its mouth. It chewed, bile and fluids dripping down its chin. It could have been his imagination again, or maybe the loss of blood, but James could have sworn it grinned as it ate.

I should have left sooner. 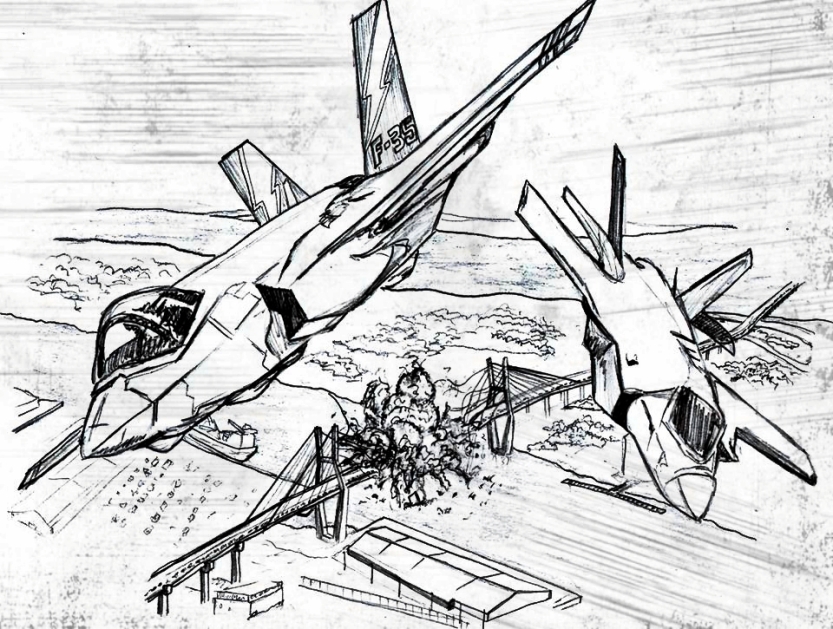